Happy launch day to Julianne Alcott! Seeing as Julianne is an SAWC member, we thought we would pull a few strings and ask her some questions about her book and writing in general:

1. How long have you been writing? Was it something you have always wanted to do, or is it a newfound passion?
I have written stories ever since I learned how to write. I used to make little books out of paper stapled together, with drawings on every second page. In Grade 5, my friend and I were in a class with a group of naughty boys. We used to write stories about getting the boys back for all their tricks… like throwing them into a hole with crabs at the bottom! Then we would read the stories out to the class. The boys loved it, and stopped playing tricks on us.
Throughout my teenage years, I read books on how to write, and by the time I was 17, I was starting to plan full-length novels. I recently finished one that I started when I was 17.

2. You have a day job. How do you balance writing time with everyday life?
With difficulty! I’m also studying for a PGCE (Post Graduate Certificate of Education) so my time is very limited. I’m exhausted from teaching during the day, and I also have my daughter during the week. Fortunately, I have more time on the weekend, and I try get as much done then. I have been known to scribble a quick note on the back of a till slip while running to a gym class!

3. What has been the most frustrating thing about your writing journey?
Definitely the time thing! I think also the fact that I haven’t travelled outside of South Africa. They always say “write about what you know” but ALL my characters can’t be only children who have never left South Africa.

4. Tell us a little about your book, The Ripmender and how it came into being.
The Ripmender came about from a short story competition done by the SAWC… I think it was a young adult children’s story. I thought about what has been popular lately with that age group. Lots of fantasy, like vampires and magic. I have always been interested in science and astronomy, so I decided to write along the lines of a secret group who protect the Earth from alien attacks; kind of like Men in Black, but with teenage boys instead of Will Smith and Tommy Lee Jones. I started with my main character, a girl called Cathy who doesn’t fit in anywhere. Her teenage crush on young rock star, Nathan Jake is the thing that sustains her through all her loneliness. When she finally gets to meet him, she realises that he isn’t an ordinary boy, but that there is something very weird about him!

6. Do you have any advice for new writers?
Persevere, and change when necessary.
A writer is someone who continues to create using words, because it is like breathing for them. They don’t give up on their dreams just because they have set-backs. Hundreds of famous authors were rejected hundreds of times before they were accepted.
Perseverance doesn’t mean that you mustn’t change how you do things. If one way doesn’t work, try something else. Re-write your book in the first person instead of the third person. Make a more interesting character the protagonist, and see what happens. Your words are not carved in stone; you can change them anytime you need to.

Pen and Muse Interview with author of The Ripmender, Julianne Alcott!

Where are you from? Tell us a little about yourself!

I live in a suburb of the city of Durban in South Africa. I am a library teacher in a primary school. I get to teach all the cool things about media, like how to make a movie, or publish a book, or do research. I love dancing and cooking, although I’m not entirely successful at either!

Tell us about your book? How did it get started?

I belong to the South African Writers’ Circle, and they have a competition every month. We had to write a short story for young adults, and I came up with the idea for The Ripmender. I was waiting in a parking lot, and started writing it on a few sheets of paper that I had in my car. To my surprise, I won the competition and had such a good response to the story, that I decided to make it into a full-length novel. I’ve always been interested in space and technology, so this plot fitted perfectly with me.

How do you create your characters?

I always write love stories, no matter what the genre. My main female character usually has something in common with me, and my main male character is usually based on a person or movie star whom I think is particularly gorgeous.

In The Ripmender, I wanted Cathy to be insecure and unconfident, but to come to realise that she has the ability to be strong and proud of who she is.

Nathan was based on Nick Jonas of the American teen rock band, the Jonas Brothers.

What inspires and what got you started in writing?

I have always written stories, and have always wanted to be a writer. It’s like breathing for me. I get inspired by all kinds of things; movies, documentaries, people and things that happen in life. I could never be one of those writers who go and live in a mountain cabin far away from everyone. I find that everything stimulates my imagination. If I’m particularly stuck with something I’m working on, I take a long hot bath, and the solution usually comes to me!

Where do you write? Is there something you need in order to write (music, drinks?)

I’m a mom and have a full-time job, and am studying for a teaching degree, so I don’t have a lot of time to write. I can’t have the luxury of being fussy about where and when I do write! I usually get time on weekends, at my desk on my laptop, but I scribble down ideas throughout the day, and have even been known to record something on the back of a till slip while running to a gym class. Chocolate is always a good thing to munch when I’m writing, and I enjoy a strong cup of cocoa, particularly late on a cold winter night. I only put music on if it goes with a particular scene that I’m wiring, and I want to set the mood.

When I was younger, I used to devour as many books as I could get my hands on. I love romance, mystery/crime, and adventure. Now, I tend to read only just before bedtime, because it helps me unwind after a busy day. I concentrate on old favourites, because anything too exciting will keep me awake when I should be sleeping. My favourite authors are Agatha Christie, Mary Higgins Clark and Dick Francis.

I work in a school library, so I also try and read the new books so I can match them with the children who will love them. I am working through the Rangers Apprentice series by John Flanagan. The problem is that it is so exciting and well-written that it keeps me awake long after I should be in dreamland!

What would your advice to be for authors or aspiring in regards to writing?

Two things I have learned: Never give up, and don’t be afraid to change things to make your writing better.

Perseverance is vital. A writer is someone who continues to create using words, because it is like breathing for them. They don’t give up on their dreams just because they have set-backs. Hundreds of famous authors were rejected hundreds of times before they were accepted.

Perseverance doesn’t mean that you mustn’t change how you do things. If one way doesn’t work, try something else. Re-write your book in the first person instead of the third person. Make a more interesting character the protagonist, and see what happens. Your words are not carved in stone; you can change them anytime you need to. But always keep a copy of the bits you deleted in case you can make them work for you somewhere else.

You are creating people and worlds that never existed before you made them happen. Enjoy it!

My favorite things are writing, dancing and spending time with the people I care about. Next in line are reading, movies, food and exploring. 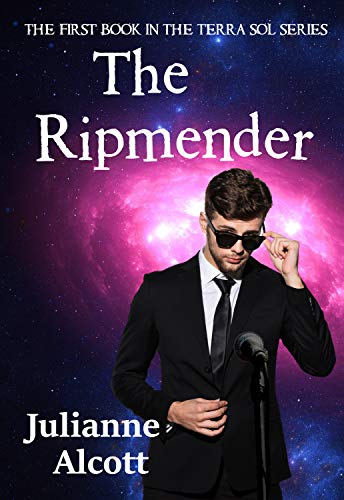